In my sense the today’s meaning of the word utopia is or should be a vision on life in the far or near future related to things that may happen or may be possible. It is a fiction related to reality that involves not just a specific group of people but global and even beyond global life. A social and scientific story that not only changes the output of our society but starts at its roots. This involves restoring the heroic self image of man to make humanity believe in itself again so we can finally start thinking a bout a future image.

The idea of a future where we as man can be proud of is the key to create an communal goal where we collectively want to fight for. Not global but like in the size of city’s and provinces. This goal, dream, Utopian thought is necessary to be able to make the choices we need to make to reach our goal. We also know that this goal is never going to be reached as we need to refine and refocus our thoughts constantly.

The scale of this utopia should be a city, or an area. Cities have to develop Utopian concepts for themselves. In the future

Countries will disappear and identity can be obtained through living in the city with the vision that comes the closest to yours. Countries will still be there but just in means of provinces and not functioning as today anymore. A country becomes a collection of cities with the space in between.

Every city will have its Utopian view on the future. These visions can be almost anything. Restrictions in these are in human rights and cities must work towards sustainable open societies with space for different cultures, sub-cultures and religions. Religion as we know now will slowly disappear and make place for other kinds of spirituality and life philosophies. The whole concept of culture will change because of a different way in the grouping of people.

A utopia I would sketch is a development in bioengineering and DNA technology. A science, technology based in nature but used for human benefits. Applied in a way that we use our intelligence and knowledge to create plants in which we can live. Using the structure and imaginable amount of possibilities in materials, colors of a plant. Living in side a plant. Drinking the juices of filtered water in the streams of the plant. Being able to change a building, wall, bit of the plant by locally injecting DNA that adapts in the plant and makes the desired result grow in a few days. This technological development will have an incredible influence on our social life and the system in which we live today. A living city would be my dream.

The city as a living creature with architecture and infrastructure as skin. With underneath a living, crawling world that never stops. As a body’s that breathes.

What I see in a modern city and life is that there is a denial in life. A lot of things are made static, cold and dead. We as human beings are the life in this situation but we only interpret ourselves as machine. It sometimes seems that men does not want to live, but just be here to produce and work. Wouldn’t it be much more interesting as people had to interact, with others, things or even the building and city they live in? Like a surgeon operates and interacts with the human body as he enters it to fix. Like an enormous creature that swallows you and you can live inside it (like Job in the whale). Today the idea of life is artificially used in construction or hi-tech sensors and movement that react on humans or the weather. This translation actually tells the opposite of life. What I search for is less control, living with, caring for, difference and life it self in the city and around us.

A building would be a giant organism, living and breathing, changing and moving not bothered, but definitely influenced, by the little bacteria, called men, that use him for their own sake. It would be like a plant, a structure that has to grow and to be looked after.

In relation to the fast developing technologies of bioengineering of genetically modified plants, meet, animals, maybe humans, why in the future shouldn’t a city be a living thing an organism designed by men. Developed in a way so it has construction floors, every thing a place to live or work should have, only than it has to be grown from a seed or cell in a test tube. It might sound as a utopia but possibly closer than you think.

Self-healing and shaping site specific environments (different climates etc.) with the most imaginative and variety on colors, structures, textures, smells and shapes. Look at nature and its incredible quality and quantity of all of these features, and men’s try to imitate this. The design of society will be so different with an extreme change in everyday life and work. For example if you want to rebuild your house or office you need to inject a virus that changes a part of the original DNA.

The citizens and owners have to take care of there structures. If not they might go bad or die. In a lot of ways that society will still look like ours. A huge change will be for the house owners that now own plants that will disappear if not being taken care of. but don’t need to be build, they grow. This will influence a huge amount of professions like builders but even more the trade in

Society will change. The whole structure on which we build now will become mostly unusable. When we look on the effect of what this housing will have on all layers in society, on the work that people will do, and how value will change.

In today’s society men is so distant form his origin and the world he lives in. The connection with nature, and respecting it is completely lost. Men created its own world where they try to control everything; we create it in such a way that there are the least possible uncontrollable things. Imagination and the unexpected are almost gone.

Therefore I would love to create a Living city

This whole plan should happen in about fifty years from now. This explains why a lot of things will still be the same. Possibly developing, evolves into new forms of their existence more valid for together with the rest of the changes that are happening.

Related to the profession of the designer, a development like this doesn’t make the profession unnecessarily. The thing that changes is not the function but the way of getting there. Like collaboration with bio-mechanics and other hi-tech researchers, which opens a whole new world of development parallel to technology. Design should not be seen as someone who makes things but as someone which has and can create thoughts about everything and has the ability to change perspective and ask questions form many different points of view.

Designers and scientists work together to achieve most imaginable ideas that are dedicated to society. 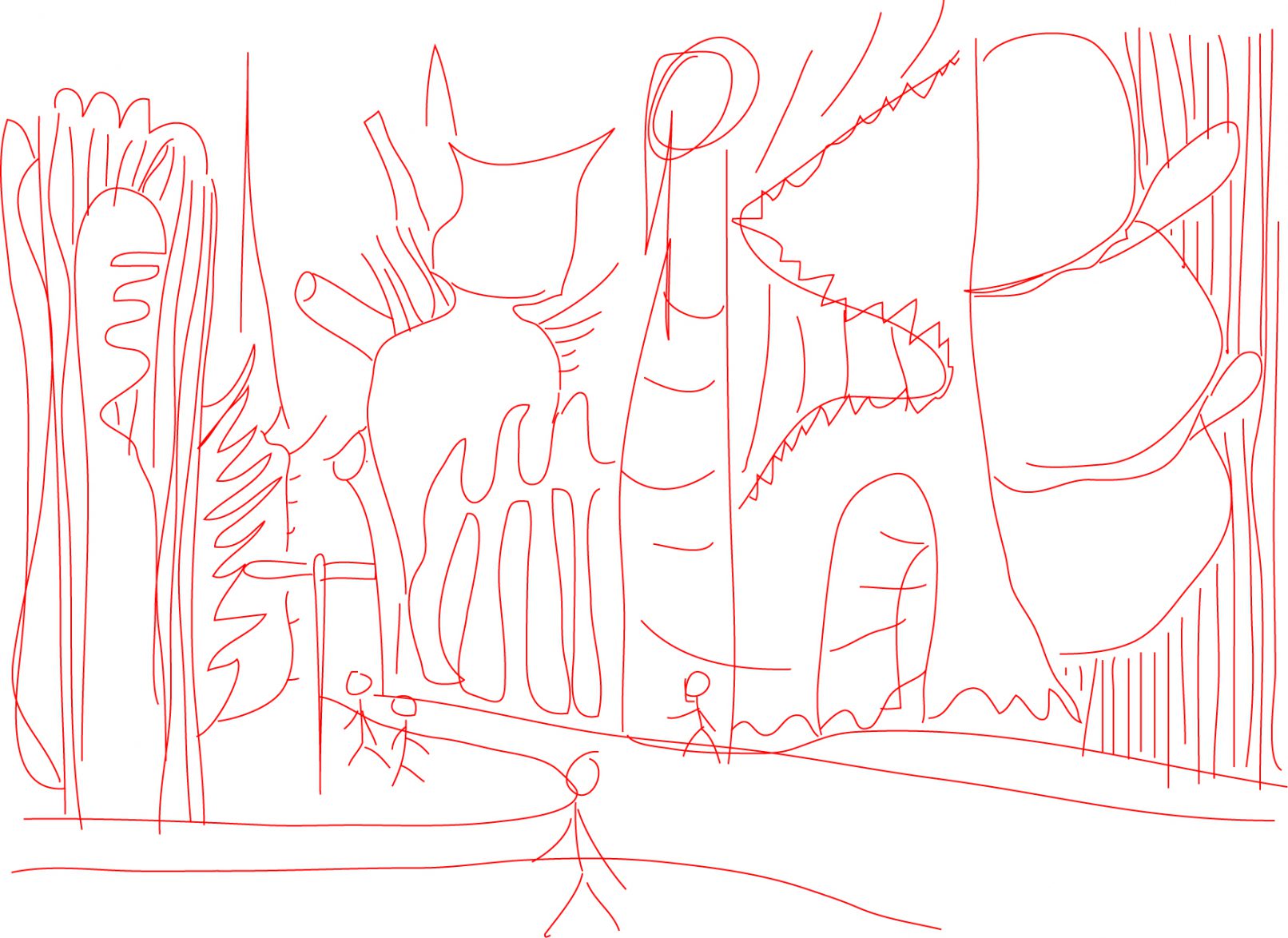 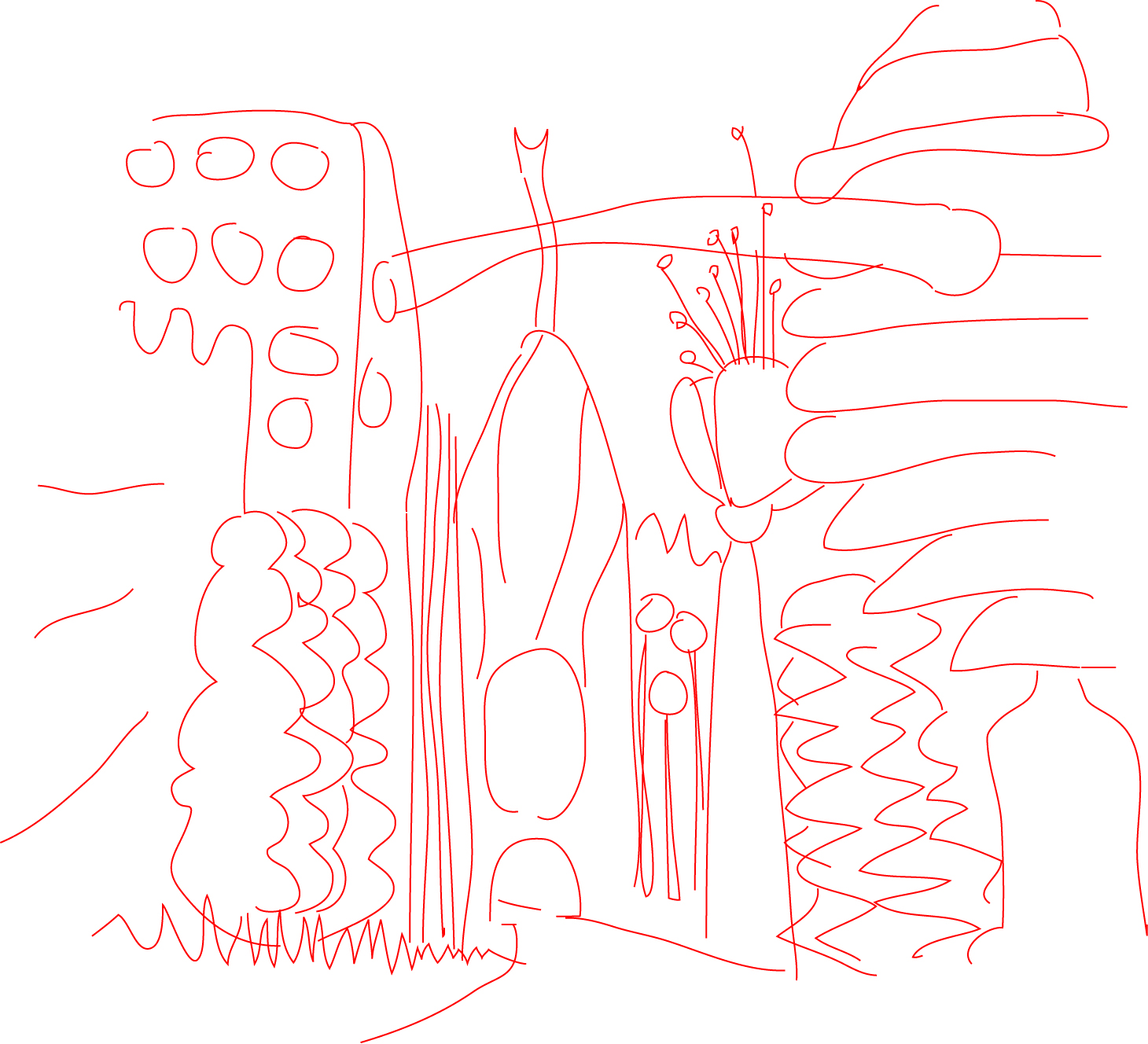